skip to main | skip to sidebar

Going to start posting on my tumblr site!  :)
http://inukipachuki.tumblr.com/
Posted by Danny Men at 11:36 PM No comments:

Edith and the Bear

A frame of a short film that I'm currently working on!  :) 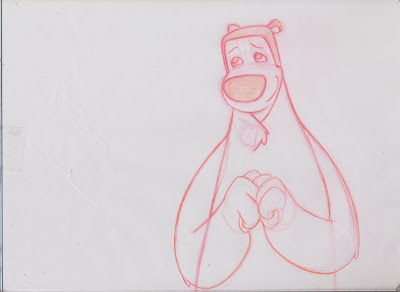 It was that time of the year again, and it called for the second annual Cult 28 Secret Santa. The theme was "Dinosaur Raven Liar" this time and all participants were told to create something that relates in some way to the theme. This year, I got Michelle Ikemoto, as my person to create something for. I took it and thought of bringing it to almost of a Nutcracker inspiration since it was winter time. It was done in watercolor with some small part which was done in color pencil.   :)


This was the other design I was thinking of doing which was kind of Godzilla inspired mixed with some art deco influences. I even had colors picked out already for this design until I got the inspiration at the last minute to change the whole thing...I might revisit this design one day... 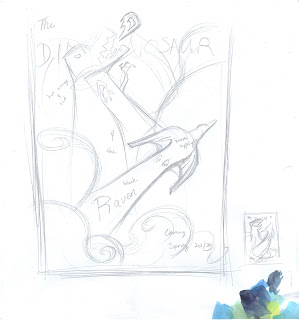 Poster concept. I changed the angle of the raven's head so it was more playful and less full-on evil. 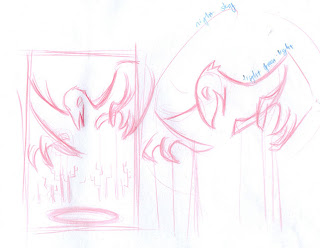 The Hero and a googly eyed bird which was inspired from Phil Wanardi's bird. I wanted a hero that was a simple toy with a wooden head and feet, with a beanbag filled body and leather straps for arms. 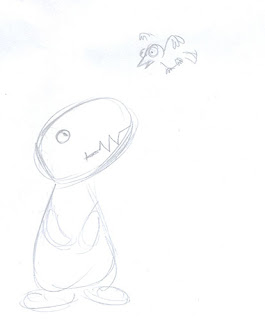 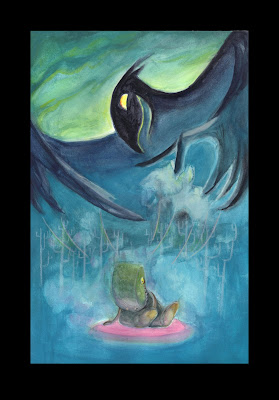 During Fanime some friends and I like to get together and draw out some fanart for our booth: "Pokefinity". It originally started by a small group of us who enjoyed doing this for the fun of it. The only real guidelines was that it had to be fanart and done traditionally, usually in watercolor. Once a fanboy...always a fanboy.  lol

Here are some of the ones that I liked the most that I did.   :) 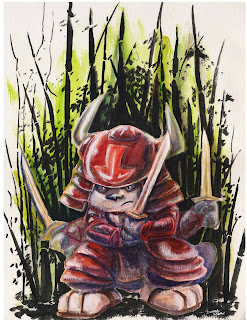 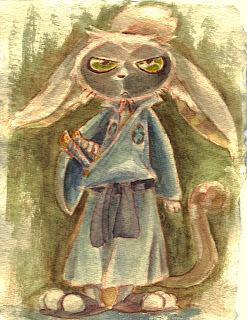 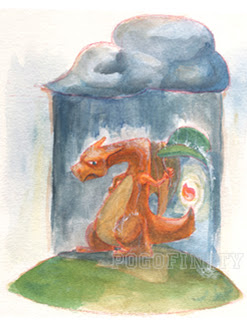 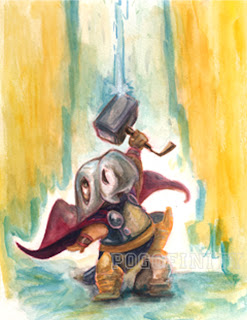 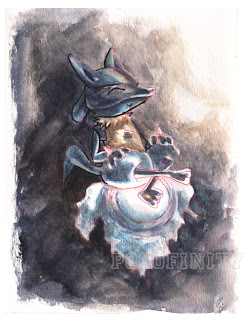 A small while back a small group of friends did random animation tests just to have a chance to animate things that we wanted that wasn't part of the stuff assigned by our classes. I decided to animate this duck character that plays with a muddy puddle.
I don't have the duck animation, but I recently found the rough puddle animation. There are some things I can still fix on it, but for now, it is what it is.   :)


I had the pleasure of animating a scene for one of my teacher's (David Chai) short films. I think all of the time that I've been at school, I've always wanted to animated something in one of his shorts. I finally got my wish last summer and worked on a scene where Chai's family is going all crazy on the scene. A really fun scene to animate and I had a great time working on it. Thanks for letting me on the team Chai!  :)

Knock on My Door is about a man's journey to America and his struggles being a Korean-American in the land where dreams are suppose to come true.
Posted by Danny Men at 1:23 PM No comments:

Go to the blog to find out what it's all about!


Here are a couple of scenes that I animated.  :)